We strive to provide an equitable, inclusive, and inspiring research environment. We welcome members irrespective of race, religion, gender identification, sexual orientation, age, or disability status and appreciate diverse perspectives. We are committed to supporting black and other minoritized students in our lab and in STEM. See the how_we_work repository on our lab GitHub account to learn more about our lab workflow and policies. 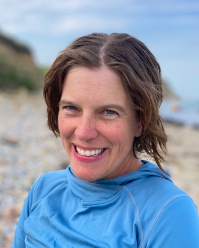 Lauren joined the UW Biology Department in July 2013. She previously majored in Biology and Math as an undergrad at Williams College, conducted graduate research at Stanford, held postdoctoral fellowships at the National Center for Ecological Analysis and Synthesis and the Santa Fe Institute, and was on the faculty at the University of North Carolina. Some days it feels like we’re making progress in improving forecasts of ecological and evolutionary responses to climate change; other days it feels like a foolhardy enterprise. Most days are fun. Lauren enjoys tromping around the mountains of Colorado chasing butterflies and grasshoppers during resurvey projects examining responses to recent climate change. Checking out the sites in winter on skis is her favorite. She is excited to be starting a local project where she can walk to a field site from her office. 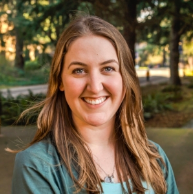 Monica received her PhD from the University of Greifswald in Germany, as part of the “RESPONSE”graduate training group, which focuses on understanding how organisms respond to novel and changing environments. Monica employs interdisciplinary approaches to address this issue, and her work aims to integrate information from all levels of biological organization, from the molecular and physiological level, up to phenotypic outcomes for individuals, and how those outcomes shape population dynamics. At the University of Washington, Monica is studying how survival and fecundity constraints vary with elevation in a montane grasshopper system. 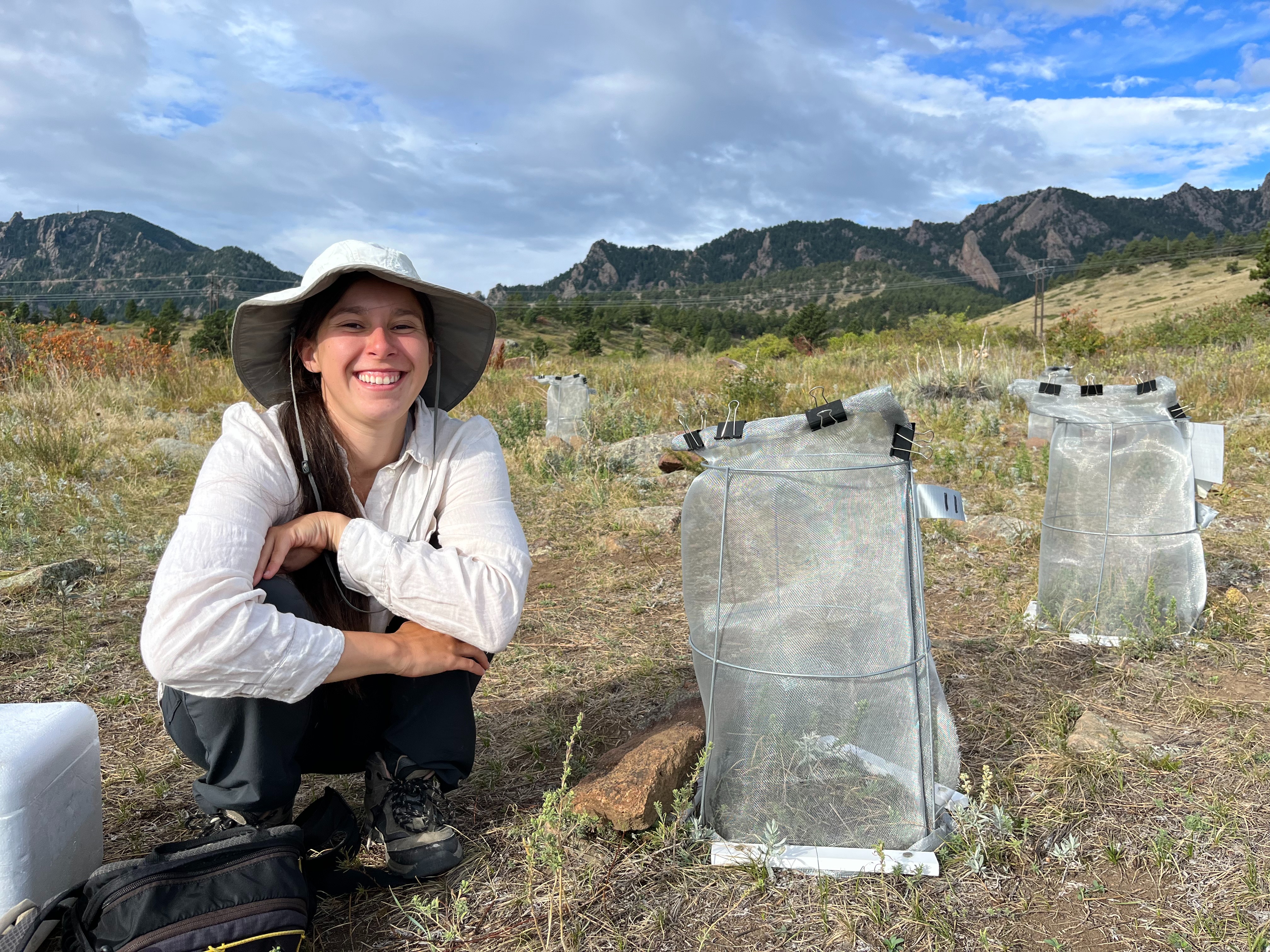 Julia is interested in integrating quantitative and empirical methods to understand the ecological impacts of climate change. In the Buckley lab, she studies grasshopper thermoregulatory behavior and energetics (see the field season picture on the left). She is modeling how climate change may have affected behavior, energetics, and ultimately fitness over the past 70 years. She is also passionate about education (especially teaching quantitative methods in biology) and hopes to get more involved in education research soon! In her free time, she plays guitar, hangs out with her ill-mannered cat, plays board games with friends, and makes elaborate color-coded weekly schedules in Excel that she will never actually follow.

Gwen is a faculty member at Edmonds College. She is collaborating with us to repeat butterfly research she conducted as a technician at UW. She is involving Edmonds undergraduates via a Course Based Undergraduate Research Experience (CURE) and also conducts education research. 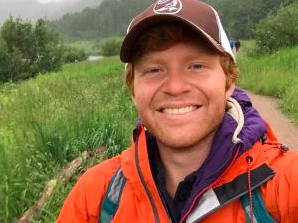 Tony was co-trained in Computer Science and Biology at Tufts University. Before starting graduate school at UW, he was a naturalist at the Aspen Center for Environmental Studies in Aspen, Colorado. He’s interested in advancing the world by leading innovative computational approaches to hard problems. He participated in the UW IGERT in Big Data and Data Science. Tony conducted research aimed at improving the ability of species’ traits to predict distributions and distribution shifts, leveraging novel sources of environmental data, and predicting the ecological impacts of marine heatwaves. Tony is currently a data scientist at Gaia GPS. 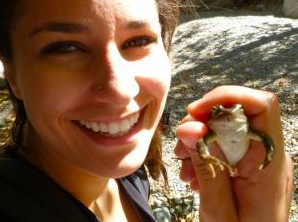 Sima received her PhD in June 2019 for her dissertation entitled “Diversification and Local Adaptation in Western Fence Lizards (Sceloporus occidentalis)”. She conducted undergraduate research at the Museum of Vertebrate Zoology at UC Berkeley, where she was introduced to herpetology and trained in museum collection management. For her dissertation work, Sima integrated ecophysiology and genomics to study local adaptation of Sceloporus lizards along an elevation gradient in Yosemite National Park. The research aimed to provide insight into the evolutionary basis of climate change responses. She was co-advised by Adam Leaché. Sima is currently a data scientist at Invitae.

Liang visited our research group during his Ph.D. with Wei-guo Du at the Institute of Zoology, Chinese Academy of Sciences. Liang’s research focused on understanding the relationship between thermal variation over space and time and the physiology and life history of ectotherms. He parameterized mechanistic models with reaction norms derived from empirical studies to generate new insights about the process of thermal adaptation at both local and global scales. Liang is currently a postdoc at Princeton.

Heidi worked on thermal biology and examined how insects, butterflies in particular, are evolving and acclimating in response to climate change. Heidi was the lab’s first member at UNC and continues to be involved in the lab, but Joel Kingsolver at UNC served as her primary advisor once Lauren moved to UW. Heidi is currently a Postdoctoral Fellow at the Institute for Bioscience at Aarhus University working with Johannes Overgaard, Jesper Sørensen, and Torsten Kristensen. 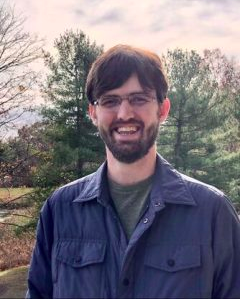 Chris received a PhD from UCLA working on how temperature and resources influence insect population dynamics in the Amarasekare Lab. He conducted further work combining theory with field and laboratory experiments to study how climate and species interactions affect ecological and evolutionary dynamics in the Bronstein lab at U Arizona and the Levine lab at ETH Zurich and Princeton. In our group, Chris returned to research exploring the evolution of insect thermal sensitivity. He’s now working with Sabine Rumpft at the University of Basel.

Murilo visited from the São Paulo State University in Brazil to work on developing ecophysiological models of crab responses to climate change.

Rory worked on the potential for lizard behavioral plasticity to buffer sensitivity to climate change. Rory is now a faculty member at California State University Fresno

Heather is interested in the causes and consequences of ecological responses to global change. She was an NSERC Postdoctoral Fellow associated with the lab working on the relationship between phenological and distribution shifts. Previously, she was a Center for Population Biology Postdoctoral Fellow at the University of California, Davis where she worked with Rick Karban and Louie Yang. She completed my PhD in the Department of Zoology and Biodiversity Research Centre at the University of British Columbia under the supervision of Mark Vellend. She joined the Department of Biology at the University of Ottawa as an Assistant Professor in September 2016.

Dolly worked with the lab on using biophysical models to hindcast changes in Neotoma distributions and body size over the last 40,000 years. Dolly subsequently was a postdoctoral associate at the Cornell Laboratory of Ornithology. She is now faculty in the Department of Biology and Toxicology at Ashland University.